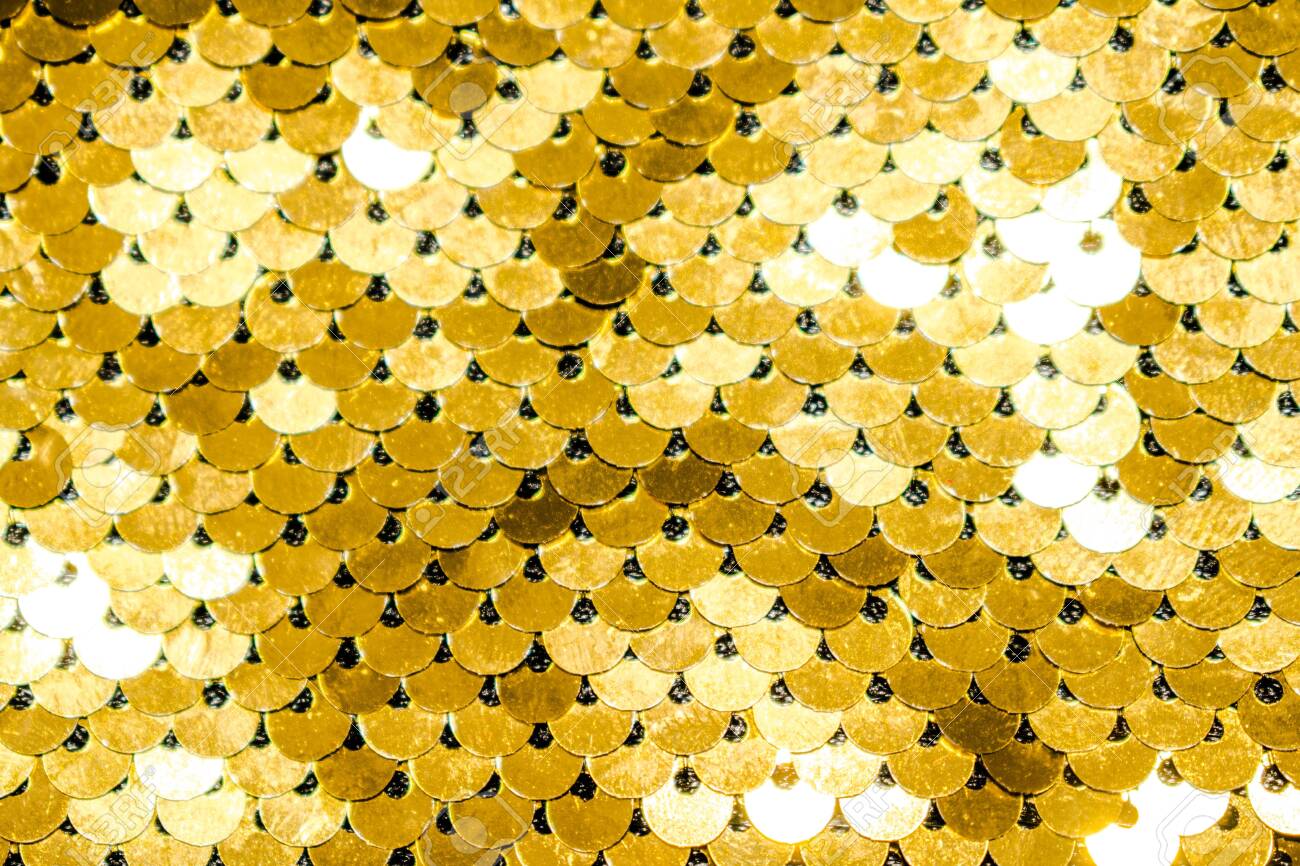 Jacki Willson
Jacki Willson is primary investigator of the project and University Academic Fellow in Performance and Culture (UAF) at The University of Leeds. She is the author of The Happy Stripper: pleasures and politics of the new burlesque (2008) and Being Gorgeous: Feminism, Sexuality and the Pleasures of the Visual (2015), both published by I.B.Tauris. She is co-editor of Revisiting the Gaze: Feminism, Fashion and the Female Body (2020: Bloomsbury Dress Cultures series). Willson is currently working on two publications for the Palgrave Studies in Fashion and the Body series: a co-edited collection ‘Dangerous Bodies: new global perspectives on fashion and transgression’ and a monograph on costume, politics and the reproductive body.

Adele Mason-Bertrand
Adele is a Postdoctoral Research Fellow on Fabulous Femininities and is responsible for the project’s day to day running. Adele’s PhD thesis, undertaken at the University of Sheffield, explored intersectionality within the cosplay subculture, who’s members emulate characters from geek media using intricate costumes. Using participatory methods, she constructed and wore cosplay’s subcultural dress at cosplay events to understand the activity through the eyes of its members and explore themes of escape, gender, sexuality, ethnicity and mental health. Prior to joining Fabulous Femininities Adele held Postdoctoral positions at the Royal College of Music and Goldsmiths University of London. In these roles she investigated the impact of the arts on mental wellbeing and marginalised groups, and reconstructed historic clothing patents to explore how clothes may subvert and perpetuate social norms.

Claire Nally
Claire Nally is an Associate Professor in Modern and Contemporary Literature at Northumbria University. Claire has written and edited several books, but her most recent work focuses on Neo-Victorianism. She has published articles on burlesque, as well as gender and sexuality in goth magazines, and her latest monograph was Steampunk: Gender, Subculture and the Neo-Victorian (2019). She is the co-editor (with Angela Smith) of the Bloomsbury International Library of Gender and Popular Culture.

Alice O’Grady
Alice is Professor in Applied Performance at the University of Leeds. With a background in drama education and cultural studies, her research interests focus on participatory performance, risk-taking and play in sub-cultural spaces. She has written extensively on underground club cultures and is a senior member of the editorial team of Dancecult: Journal of Electronic Dance Music Culture. She has published articles on psytrance, festival performance and the experiences of older female clubbers. She is committed to interdisciplinarity and works collaboratively with colleagues from Education, Dentistry and Medicine and Health to develop action-orientated, drama-based approaches to research.

Bella Besame (info soon).
Coco Deville is a established cabaret practitioner based in Manchester. She specialises in blurring the boundaries of burlesque, drag and theatre protocols.

Trixie Blue is a burlesque performer/teacher/producer/host based in Newcastle upon Tyne UK and runs the burlesque entertainment enterprise House of Trixie Blue.

Neil Kendall has worked for over 20 years as a burlesque historian and is a Board Member of The Burlesque Hall of Fame . He is known internationally for his critically acclaimed Burlesque Photography and Show Production.

Ellie Gillott is a former secondary and post-16 teacher of dance, physical education, and performing arts. She is the director of Burlesque Be Fit UK® The aim of the burlesque and cabaret fused fitness classes are to raise self-esteem and confidence, through providing a warm, safe and supportive environment - where all are welcome regardless of shape, size, gender, background or experience. Ellie is also director of, and choreographer for Ellie Etoile’s Burlesque - a Barnsley based performance troupe which showcases boylesque, comedy, music, cabaret, variety and burlesque. She is also a professional singer and show emcee.

Coleen Scott is a Professor of Costume Technology and Makeup at Santa Rosa Junior College in Santa Rosa, California. She is the author of The Costumes of Burlesque 1866-2018, published by Routledge, Taylor & Francis.

Heidi Bang Tidy is a Burlesque Producer, Performer and MC. She was CoFounder of Hebden Bridge Burlesque Festival – the first burlesque project in the UK to be granted Arts Council Funding. Offstage, Heidi is also an Autistic Advocate, Podcaster and Activist. In September 2021 she will begin her Masters in Autism Studies at Sheffield Hallam University

Hollie Barrett is a costume designer and maker based in York/Leeds doing vintage-inspired costumes for the stage and custom orders.

Arielle Firecracker is an international burlesque performer and producer with a disability.

Dominus Von Vexo is a Birmingham based multi-award winning international performer, with 9 years of teaching experience. They are also the Producer, Creative Director and Choreographer of acclaimed Birmingham burlesque, drag and cabaret group House of Allure. A diverse collective in the heart of the Birmingham LGBTQ+ village. Much of the ecdysiast’s work is queer orientated, which has made a significant impact in the community, enforcing the empowering agenda ‘You Walk With Thunder!’

Gemma Commane (Birmingham City University).
Dr Gemma Commane is a Senior Lecturer in Media and Communications at Birmingham City University. Broadly the areas of her expertise span the fields of media and cultural studies and gender and sexuality. Her research interests focus on contemporary cultural studies, gender and sexuality, queer studies, sexual economies and entrepreneurship, dangerous femininities and ethnography. She is one of the founding members of Bean Flicks Birmingham’s only queer and ethical feminist porn festival. Her first book ‘Bad Girls, Dirty Bodies: Sex, Performance and Safe Femininity (Bloomsbury 2020), critically explores the social, sexual and political significance of women who are labelled ‘bad’, sluts or dirty. Through a variety of case studies drawn from qualitative and original ethnographic research, she argues that ‘Bad Girls’ disrupt heterosexual normativity and contribute new embodied knowledge. From neo-burlesque, sex-positive and queer performance art, to explicit entertainment and areas of popular culture; she situates ‘bad’ women as sites of power, possibility and success.

Kit Heyam (Northumbria University)
Dr Kit Heyam is a temporary Lecturer in the Department of Humanities at Northumbria University. Their research interests concern gender and sexuality in medieval and early modern literature and culture – particularly the representation of transgressive gendered and sexual behaviour – and the representation of contested and ambiguous queer history in contemporary heritage practice. They also coordinate the #RainbowPlaques project and deliver trans awareness training for higher education and public sector organisations.

Ellen Wright (De Montfort University)
Ellen wright is Senior Lecturer in cinema and television History at De Montfort University in Leicester. Her research uses the material culture surrounding Hollywood cinema, mainly from the first half of the 20th century, to examine the politics of gender, sexuality, class, taste, nationality and consumption and how these elements of identity intersect with the articulation and reception of female star personae and celebrity. Dr Wright has published work on film star scandals, gender and performance, costuming, censorship, fandom, youth audiences and moral panics, audience and critical reception and media discourse across British and US production, exhibition and reception contexts. For ten years she was the producer at The Cat’s Pyjamas Burlesque Cooperative, running regular burlesque cabaret shows throughout Lincolnshire and the East Riding. She has supervised postgraduate work on performance art and femininity, feminist porn and drag culture.

Jennifer Richards(Royal College of Art)
Jennifer is a Tutor (Research) in Fashion at the Royal College of Art. Her work explores a wide range of interdisciplinary and transdisciplinary practices. She interrogates the idea of the meta discourse, language, ritual, identity and the body. Recent research publications include articles on aesthetics, performance and the body within film and visual culture. Her current work explores the “Influence of the (Gothic) Genre in High Fashion’ in C Bloom (ed) The Palgrave Handbook of Contemporary Gothic. This chapter explores the re-emergence of Gothic modes within contemporary Fashion from street style to haute couture.

Melanie Bell (University of Leeds)
As a feminist film historian, I work with archival documents and oral histories to recover women’s work in film production and interrogate its absence in the historical record. I’m particularly interested in women’s work in what are commonly referred to as ‘below-the-line’ roles (make-up artists, costume and wardrobe staff, production assistants, foley artists etc), which have often lacked recognition by the industry and academic scholarship, and the questions that raises about gender, labour, skill and value. As part of a recent AHRC-funded project on ‘Women & Work’, I collaborated with industry partners, handled large-scale complex datasets, created digital resources, and led public engagement events. An impact case study based on this research was recently submitted for REF2021. My forthcoming monograph – of which I’m extraordinarily proud – is entitled Movie Workers: the Women Who Made British Cinema and will be published by the University of Illinois Press in June 2021. I’m interested in the historical making cultures around costume for film, how costumes were performed by actors and filmed by the camera, and the relationship between film audiences and film costume.

I’m delighted to be part of the steering group for this important project, having spent my life performing

Elspeth Mitchell (Former Postdoctoral Research Fellow)
Elspeth worked on Fabulous Femininities throughout 2021. She left the project after being awarded the prestigious Griselda Pollock Legacy Lectureship. Before taking up this role she has held positions as Postdoctoral Research Fellow at the Paul Mellon Centre for British Art and as Research Associate in Practices and Theories of Feminism and Art at Loughborough University. During this time she also produced Art School for Rebel Girls for visual arts organisation Pavilion, a project rooted in feminist pedagogy, which developed from a series of collaborative creative workshops led for, with and by young women (13-16) in Leeds. She completed she completed her PhD in 2018 at the University of Leeds with a thesis on theories of ‘the Girl’ and the moving image in work by Simone de Beauvoir, Chantal Akerman and Eija-Liisa Ahtila supervised by Griselda Pollock.

If you are under the age of 18, if such material offends you or if it is illegal to view such material in your community please EXIT now. Otherwise, hit ENTER and happy twirling!

EXIT
ENTER
We use cookies to remember your login details between sessions. Tap 'accept' if you are okay with this.
Accept